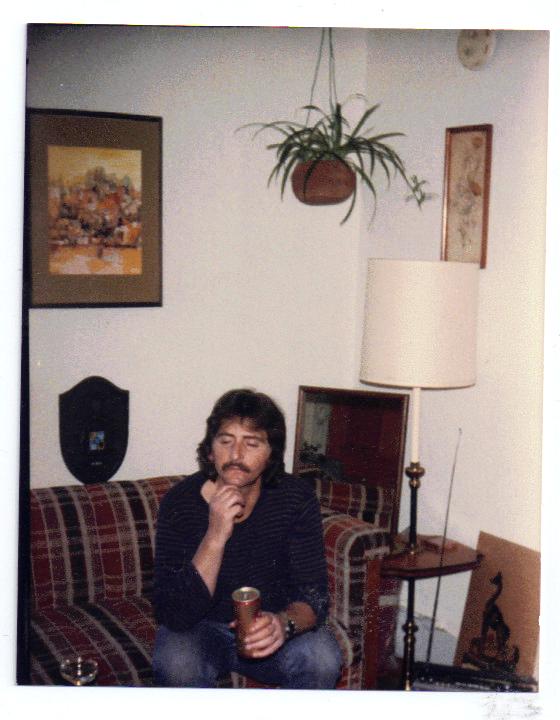 BORING IN DECEIT.. NEVER OFFERING ANYTHING BUT DREARY SELF-INDULGENCE TO THOSE SO AFFLICTED ADHERING TO ‘SWEET NOTHINGS’ OF A DREAMY LIE .. YET IN TRUTH I SEEK NO.. NOR DO I DESIRE ANY ESCAPE FROM SWEET SIMPLE LIVING..

This.. an excerpt from a chapter of a work in progress.. The following written text was in response to something I said.. a little too generally for my academic friend.. about a mental migration to the time.. from ‘now’.. whenever that may be.. to times of handshake acquaintances with primates.. embellished by social addendums.. including an immediately seen and woefully endured pitiful candidate.. for president of the United States.. no less..

‘So what exactly do you mean?’ he asked.. in uncharacteristic candor.. (usually his speech was embellished by usable but unnecessary rubbish).. laughing at myself.. I though how much ‘rubbish’ I called as some referee in verbal exchange.. I replied.. ‘Quite simply put a misunderstanding of self on primal levels.. further confused by the incessant presentation of something called “progress”.. in any venue.. as ‘the living end’ (mentally chuckling as I thought perversely ‘more like ‘end of living’) and the performance spent in further endowments of dollars imaged by dead presidents to prove it.. such as J.D. Rockefeller and Carnegie in the beginning of the last (20th) century spending lavishly on compulsory education.. (more ‘lavishly’ than the rest of the world combined at that time 1905-1928) .. historic acts of great visionary self-indulgence taking us time and time again.. before and after J.D. Rockefeller.. et all puppeteers.. to the very cave we emerged from those long millennia past!’

He replied.. ‘what is wrong with education?’.. to which I replied..

For a comprehensive study of this type’education‘ you should read a tenured professor named Joseph Geddes.. think the University of Pennsylvania..  he.. as an educator and academic did a complete dissertation and more on what was compulsed in the educational caste JDR and Carnegie proudly created.. (further phd studies derivative of Geddes.. ‘yer education #23 u tube’)

‘Then da da my old friend reread (or simply remember from simpler.. more obvious times).. E. Bernays.. or any credible works on media influence and how it hits our suggestible species.. question what was compulsed.. and for what reasons..

Rockefeller.. in particular.. made glaring statements about how we needed no more.. judges.. lawyers.. artists.. philosophers.. scientists.. and so on.. anyone who thinks to question things from outside the “propaganda box” his reason being.. “we already have enough of those”

‘Manipulation of the educational system.. made shamefully obvious on screen.. for such purpose I found nothing more than “puppeteering of lives born to this wonderful world to suit the redundant purpose of that particular “living end” .. further I think that inquiring minds of our species.. (and perhaps others such as mice or gophers.. those who know who they are).. return to the past in a quest for something that truly makes sense of events recorded in the same denial that allowed it to begin with.. (C WAR more than once!) we go socially.. consequently in inevitable primal works.. back to the very cave we as a species emerged from those long years gone.. (survival and a way to make ends meet.. shows the obvious ongoing need recognize present time).. making us at least hardheaded as well as hungry.. with a need to breath.. a sorry lot that never seems to apologize!’..

To put us.. yet again.. in ‘handshake range’ of another old friend.. the fucking baboon!..

Peace to you Beautiful in Freedom..  Hope as well.. as you exist it is always your time to shine.. Tony