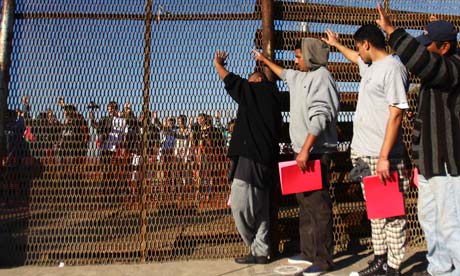 WHEN DO THEY ASK?.. ‘is everyone against me?’.. how is it answered when words are not enough?

Last night I saw.. heard and dismissed as a journalist with no point.. obviously trying to create confusion over a situation the Obama administration inherited..

I did not consider it good journalism.. or decent anything..

The 50 billion dollars that ‘bailed out’ GM.. also ‘bailed out’ the workers world round that would have had to pay again.. for that damned war..

GM being culpable or not..  in the matter of deaths and the pain of those who survive.. issue being an unreported flaw in certain vehicles is between GM.. and those so damaged or dead.. in the current issue..

Millions of immigrants across the land are demonstrating against the very administration that has done what is possible.. the most honest.. transparent.. and caring administration I have seen in my time..

(personally I am in support of anyone who comes here to raise a family.. work.. and enjoy being free to speak.. and egalitarian freedom as it grows)..

My point is.. I investigated.. as an investigative reporter.. what I called.. and still call.. ‘grass roots corruption’.. for decades.. one who portends to care must show it in action.. not lip service as they try to gather what exploiters may not be able to hang onto and spill..

Staying ‘under the radar’ I accumulated untarnished information.. even having a worldly background in most sets of society.. I was shocked at the self-indulgent.. feigned ignorance.. of workers.. residents.. taxpayers and those they pay..

Here is an example.. a Dept. of Water and Power ‘project‘.. the ‘project’ was to move a fire hydrant across an alley.. in the old ‘work the contract nonsense’.. a technique I named.. they showed up with 8-12 workers.. supervisors appropriate to such a ‘big job’.. they were there for a week prohibiting parking.. with millions of dollars worth of unnecessary equipment..

No matter which political party you choose.. if you pay taxes.. if you know and care for those who pay taxes.. a lot of money was allocated for that ‘project’ that was not needed.. (where?.. guess!)

I am not a hypocrite.. having done research in human behavior and result.. things like ‘muscle memory’ and how it affects behavior.. I found prison is a fail-safe attempt at saving society from random.. misplaced emotion and violence.. not an answer to crime a bureaucracy that has become.. many times ‘big business’ ..

(old saying of mine.. want to give someone an advanced degree in crime.. send them to prison)

These ‘decent citizens’.. those who believe money makes those folks of money ascended in heart and mind many times will not admit who they are.. not even to themselves..

In human behavior I am always my own ‘first case’.. keeping in mind those who ‘made a difference’.. where those who cared enough to believe what they saw.. were good enough to enjoy the golden rule and karmic reality.. and most of all.. knew and valued themselves beyond financial reward..

The result of the botched interview last night will probably be.. a bunch of people saying a government official ‘evaded a political/moral question’.. he answered the question asked..  3 or 4 times.. until it was clear what the reporter’s intention was.. at that time he thanked the man and left..

I hope the interviewer learned something beyond what he was told at sometime.. somewhere.. for some purpose having nothing to do with what people are and what all people need..

‘corporations have behavioral and psychological ‘experts’ to define what folks may do.. they have programs designed to do nothing but gather data.. even at expense of the accounts they lose that hook up through account holders.. I feel a responsibility to say..

‘each living thing has a purpose in nature.. each of us is born with a gift.. the mind of any mammal contains more associations.. creative thoughts and unique quality than any ten computers.. the human mind.. quite simply.. is not as organized.. when our potential comes to us the lies will be transparent to even the most dedicated follower of kings and dictators‘..

you wonderful living.. live.. believe what you see.. be thankful by not disrespecting yourself.. we may all live in peace.. more than a ‘nice sentiment’.. when it becomes recognized as possible..